Who will win the league this season?

Because I thought it would be a good idea I thought it would be nice to spend a little bit of my free time concocting a Season 1 League Preview for you kind folk of Premier Hax. Already from the group stage results of the Pre-Season cup we can see some teams exceeding early expectations. So, let's begin!

Andalé, from the beginning were the favourites to win the league. Veteran of the game, Lloyd BANKS has brought in a fantastic few players, most notably aeRo, Caccapupú and Hannes. Lloyd BANKS himself is a great striker who is probably going to be scoring a few goals this season, and alongside him there is aeRo, being an any he will definitely be a great asset to the team. The goalkeeping duo of Hannes and Caccapupú will be sure to stop the Mexican side from conceding goals this season, but as we have seen in the PreSeason Cup - without the best players they can be broken down easily, with Wood Berry putting five past them, however losing 8-5. Two of the newer players in the side are Greddy and Diesel, Greddy being the more experienced of the two. Greddy could easily fit into any position on the field, but he will likely not play as much as some of the other players. Diesel is also a decent player and could feature in some of the games against slightly weaker teams.

Can't Score are another strong side, captained by a fairly experienced Olof (Rasmusen) - for some reason Olof opted to bring in quite a few goalkeepers, perhaps to limit the defensive capabilities of the fellow teams débuting in PremierHax. Amongst thocorse goalkeepers are mlfaijati who has won titles in 3v3 before and will definitely help the side in defense, however claims he should be playing as an attacker. Rénbeaudach, the captain of the United Kingdom 4v4 and Real Football teams is definitely the responsible, reliable goalkeeper they need and will probably be playing a lot in Jai's absence. Jai himself is one of the United Kingdom's best goalkeepers but will likely not make many games as he has other things to do. HCAFC and Dizzy Wright won't be a bad pair in attack if they need them. With HCAFC winning HaxLeague with Breakfast HC and also playing for #DEJA in Feed Me. Dizzy Wright however is a pub player and has only found himself on the league scene just now. Blizaaard, a Team UK player, not the most active won't be bad at all. Olof himself, with his 999 ping will likely do little for the team apart from administrate it, but if he has the right ping of course he could play. 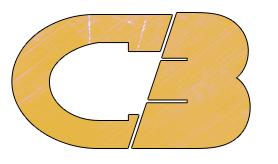 Not one of the stronger sides in the league, Channel 3 will have work to do if they want to make it into the top half. However they do have maturity and not a bad team at all. Twigg will lead the way and will definitely benefit the side in any way he can. Hesur, the admin behind the entire league will bring experience to the side. Goalkeepers Maestro and Stringerbell aren't the best goalkeepers in the league, but are good enough to do the job. Maestro has a lot of experience in 3v3, having won the most cleansheets award in HaxLeague before, Stringerbell however has only played Haxball for a few months, but has captain knowledge on his side. Nacho Soup is one of the better players in the pub rooms he goes in to, and could probably fill in the goalkeeper position well. Yawn the Swede isn't a half bad pick. LSD-25 (I believe is an alias) is someone I haven't seen so I cannot judge, so he may just be a secret weapon Channel 3 may need to use. In the end I think Channel 3 will definitely be challenging for the top half of the table.

Hot Shots definitely are one of the more skillful teams in the league, and have a lot of attacking strength. Players like Splash and Swift will do very well against weak defenses and will definitely break down some of the best teams. Splash being the newer player will gain a lot of experience by being around an experienced attacker like Tanzim who has played for numerous sides in 4v4 and will definitely be the teacher of the side which we saw when he scolded Swift in the PreSeason cup. Holtby is a player who can fill in any position really and is a very ambitious player, attempting tricks even under pressure in the goalkeeper position. Speaking of goalkeeper, Mick is an experienced goalkeeper who is remarked for conceived eight, however with a good enough defense will be able to guard the net. The other goalkeeper the club have is Courtois, who has seemed to be rather inactive. He is quite a new player and will probably not be featuring in many of the games. Sugar Ray, the captain behind the scenes has done well to pick this team and will be the man to guide them as they challenge for the top half.

Maximus will probably not be one of the stronger teams, despite having one of the first draft picks, due to the inexperience of Speaks could not pick the best players around. Despite this they have picked relatively decent players, good enough to beat some of the other sides. Speaks is not a bad goalkeeper himself and will probably look to Donny, former captain of #DEJA for help when he needs it. In attack they will have Beninho and RhysWolvesFC, Beninho not being a bad striker has netted himself a few goals in HaxLeague with a relatively weak side. RhysWolvesFC, noted for his public rooms will probably be the go to man in midfield. Abacus is a decent player and will be expected to do well in some of the games. Baltic I have not seen much, but he will probably be a good player if given time.

Ah, Soccerettes, where to start with them. Nicknamed 'The Retirement Home' after they drafted in some of the oldest players in Feed Me which include the philosophical geezer socrates himself who will probably be the key to keeping the team stable. He is a very versatile player and is relatively decent in defense. CircleBoy and CrumpsGK will likely be the other two goalkeepers, CircleBoy will probably teach the newer goalkeeper, CrumpsGK some of his signature moves. Jds or 'Mr FP' alongside mc smiley will make up the midfield. Both players being experienced will definitely keep the defense tight. Ghost being the any, and also being one of the admins of the league will be one of the go to men for experience and help in the side. In the end I believe Soccerettes will rely on defense more than attack due to their defensive options.

Being captain of Wood Berry I admit we aren't the strongest side in the league, however will definitely be one of the teams to watch out for with our balance of defense and attack. I myself will probably have to sit out a lot of the games due to my ping issues, but I will get to play as an any if we need one. We also have dooms and CamSampbell who are probably going to be our attacking prowess in the league this season, and with these two we netted five goals against Andalé last night. In the defensive options we have dirty diver and rolex - both being great goalkeepers will give us the needed goalkeeping strength to cornerball defend against some of the more offensive teams. Last but obviously least is the Curryman(i) who will be playing midfield for a few games in this season. He is probably going to live in the shadow of his peers, he must learn to come out of that shadow and show PremierHax his dance moves.

Team has been disbanded

Thanks for reading this League Preview, it took me about half an hour to write, I hoped you like it. I will leave you with a poll, who will win the league this season?

Predicted to not come last, pressures on lads.

All this pressure is not good for my heart.

I'll give anyone who votes for Maximus admin x

Great Preview Frez! I agee with most but here's my preview

1. Andale - I agree with most that Andale are strong favourites and it will take something special from the other sides to take the title from them. I have seen the likes of BANKS and gred first hand but the fact I haven't seen the others can only mean trouble as they are most likely beyond playing in pubs but in competitive leagues instead.

2. Cant Score - I think cant score have the best defence in the league and without a top striker any team will struggle to score against them. They have a lot of defensive minded players in Jai, Mlf, Renbeaudach and olof himself which will only help them at the back and allow them to rotate in matches and stay organized.

3. Hot Shots - We definitely lack discipline at the moment but there is no doubt we have a talented squad. And if swift can avoid lagging and disconnecting every game there is a chance we wont finish bottom. If we can stay organized at the back, with the fire power we have upfront, we can cause any team problems.

4. Channel 3 - With 2 of the best goalkeepers around to pick from, channel 3 has a defence capable of stopping almost any side in the league. They also posses great offence with players of much experience in the likes of twigg and yawn. I can see see channel 3 challenging in the top half.

5. Wood Berry - I don't know too much about the squad frez has picked but I do know he has 2 exceptional goalkeepers to choose from, dirty diver has set pubs on fire recently with his acrobatic shot stopping and CamSampbell looks solid too. Dooms was frez's first pick so he must be highly rated and Frez himself is a top player.

6. Soccrattes - Again I don't know too much about this side but have seen a few of there players in UK pubs, from what I have seen I assume socrates is a goalkeeper and a good one, circle boy too. They will be vital to the development of Crumps, the youngest in the side, he already carries a heavy price tag and has been tipped a future star. Great experience upfront too with 3 veterans of the game, Socrates has certainly gone with experience.

7. Maximus - I see Maximus as the Southampton of premierhax. Many have written maximus off already but although they lack experience, speaks has chosen a side he is familiar with, and a side who enjoys playing together is bound to have great chemistry. They have a lot of players unknown to the league veterans but the quality to surprise them.