Message reputation : 0% (2 votes)
xd No proof I cheated. I tell you a cheat arif how does he know all these songs at his age

sorry i admit i used shazam

Message reputation : 100% (1 vote)
friendly reminded round two will be happening, 8:30 tonight so should be enough time for y'all playing in FM to finish your matches

Results updated on the google drive link for those of you curious; scroll right for the round 2 scores

updated records up to and including Round 5; the ogre-mani duopoly has been broken!

Thanks to Seba for providing the tracks for this round, if anyone else wants to compile a list for any of the subsequent rounds feel free to do so by the way!

Shoutout to ghost for trying to make me not come last

I got your back brother.

Was a fun quiz though, I wasn't expecting it to be as good as it was. Good job Ren & Seba.

Quick update with the latest scores and stats after round 7, ogre's playlist will be next up, also just a mention for all of you that these are being done slightly later at 20:45 since apparently it takes half an hour to get FM games started these days

These are still going on by the way, this week's list being provided by Twigg with a movie soundtrack theme, contact me on ts or pm me here if you ever want to send in a set of track for others to guess.

Sunday 8:45 every week as always

Pre dinosaur era songs that only ogre mani and that shazam using nob get.

Why dont u cater for the majority of the audience and put sum modern songs in faggots.


P.S Its Ramadan so i probably shudnt join for the next 4 sundays

Admittedly skewed quite a bit from the last three quizzes (corn, Twigg's film soundtracks, and Tera) but even then nearly half the stuff I put on is 21st century.
And in a day and age where just about everyone in the first world has access to an internet connection, songs being 'old' shouldn't make no difference, it's not as if after they stopped printing the vinyl to the first releases of the albums of the Beatles, Stones, Velvet Underground and what have you that no-one would ever be able to hear it again.

I mean thinking that the 60s and 70s are supposed to be some sort of prehistoric age is light years away from the attitudes of today, whatever next, that our current generation has some sort of divine significance and that we're so different that we'll be the last group of people alive before the world e-

Oh wait you actually believe that don't you

Who wants these back? 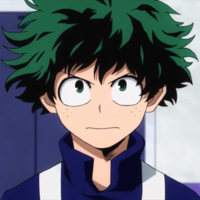 yeah bring it back

you know my answer