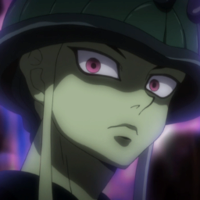 Big Thanks to Norbii for editing

Message reputation : 67% (3 votes)
Some say that first guy was giggs and he still, to this day, cannot move in a straight line

I dont have a promo video for obvious reasons so ill leave this here.

Message reputation : 67% (3 votes)
the doc that probs was u who got m3rked lool the guy who cant walk scored about 24 goals this season. wbu? like 4? LOL

You Should've kept your mouth shut:
Let's start with my individual performance this season.
I played 6 full games and the last 2 minutes in a nightmare match against Deja.
I have won 5 out of the 6 full matches I believe. I think 1 was a draw, therefore, whenever I played Sheepshaggers never lost. Someone please check, I think I lost one I'm not sure though.

You are basing this on the amount of goals scored, and I don't see the fault in that as we are both strikers but you forget, this season I played GK the majority of my matches. I was more compassionate this season, sticking to defending and allowing my other players to score by making assists and secondary assists.

Now. What you are also forgetting is that Sheepshaggers had a terrible lineup at the start and with our captain Klinsa going afk forever the responsibility of the team fell to B4D4SS who did not have experience as a captain and therefore keeping the same team, prior to my signing, kept losing and fell to the bottom of the table early on in the season.
What happened after was that I decided to join Sheeps and this is when we really started picking up the pace. With our GK being the ever reliable Pizzi, we won a few games but still couldn't get out the bottom half.
It was after the nightmare game vs Deja and the quitting of our only GK Pizzi that B4D and I sat down and formed the Sheepshagers Reborn in which we started winning games and what-not.
As our winning streak continued I believe we got to the semi finals of the Cup which was scheduled to be played on Monday vs HotShots also with a postponed league game. It was a crucial moment in Sheepshagers as winning would've made us into the Top4 in the league, I think we would've been 3rd, and  go into the Finals. What happened was that I was away on that matchday and we lost, although really we shouldn't have. A bit unlucky tbh. I'm not saying we would've won if I had been present, I'm just saying we didn't have our proper lineup annnnnnd probably would've won. Although... we did have browning in GK so idk how we lost tbh..

All was not lost after regrettably losing to HotShots in the semi-finals, as we got to replay them in a league fixture with our first-string squad this time composed of me in GK with Edge and B4D4SS playing outfield. We won 4-0 or 4-1, maybe 4-1 cus I haven't had a CS yet. What does this tell you?
With our first-string squad we would've battered any of you teams and probably given C3 a run for their money...maybe

Another thing, taking all this into account, we finished mid table. Coming in 5th out of the 8 teams, however, we would have been 4th if not for the lying scumbags known as HKStalingrad. Absolute bags of scum they are.
Let me explain.
So I was absent from that game, and when I asked abacus for the result of that match he tells me that we won, and he scored a world-claa out of this world guaranteed GOTCentury goal, all good right? But they forgot to record, no biggie, let's ask HKS if they have the recording.
Oh, what's this? Suddenly they too forgot to record and thus don't have it?!!
Unbelievable! What are the chances.
So you're telling me that ren who just sat in spec and literally watched the game while murmring swear words to himself forgot to record that specific league game?
That's not even the bad part, what sucked was that the admins hypnotised by ren's complaints decided out of nowhere that we have to replay the game. Where was this rule ey? Where did it say if no one records, the game must be replayed. Please feel free to show me the rulebook for PremierHax where it states this cus I can't seem to find it.

So because of that injustice from the admins and the lies from HKS they now finished 4th and qualify to the HCL where Sheepshaggers who worked their fucking socks off sit in 5th.
I don't give a shit, in my book, Sheepshaggers finished Top 4 in Season 3 after a horrendous start to the season.


All in all, I played GK this season.
Got signed to dying sheepshaggers team which I played GK after our only GK Pizzi bailed to HS
We fkd up HS
Took my team from bottom 2 to Top 4.

Giggs listen, yeah you scored a lot wow, but you lack the ability to be selfless and sacrifice your needs for the teams sake. I hate playing GK, and yet I sat there and did what was necessary for the team, well, primarily for  B4D4SS cus he needed all the help he could get.
I watched some of your recordings, there were plenty of times where passing would've been the better thing to do, or blocking and letting the GK run up but you were too focused on getting stats of your own you missed these chances.
Until you learn to play for the team you won't be successful as a player.

Please don't run your mouth without knowing the facts you deluded ape.
You go to an active organised team and all you have to do is click a link mlf provides, get moved to your team and time your shots so it goes into the net. What a hard season its been for you.

I'm out here following up players making sure they know the game times, making sure they stay active, getting them in the room, organising a shit tonne of things, recording, uploading, signing, talking to B4D4SS about the team progress, what to do next.
Of course, every captain goes through a similar process but as a player, I could've just ignored these things and turned up to matches and played my preferred position where I blame the defence and take the glory for the goals but no. I really did step up this season and the stats obviously don't show these things but it doesn't mean I didn't do them.

Big shoutout to HaxAuthority official CMPunk for helping with signings.
Yes. I'm salty af idc
What I did this season you could never do giggs. Never.

So go on, boast about how many goals you scored again, I'm all ears.

Message reputation : 80% (5 votes)
this thread is old but can you both stop makin a fukin shitstorm an bein general scumbags [giggs already has that natural fanatic flair] and appreciate stefan's finishing

Message reputation : 20% (5 votes)
Why revive a thread ONLyYY to call us scumbags???!

Venom what you don't realise is that you are the worst player on this forum by far, so instead of watching replays of players that no1 bloody knows anymore and acting like Ren2.0, how about you go and practise for once.

No offense ofcourse.
Piss off though.

Message reputation : 67% (6 votes)
Right, first of all I'm just sick and tired of premhax losing its taste. I both respect you as players but it's much better that you both make up because people don't have to fukin take sides
Second of all ya don't know jack about my hax ability and you're basically implyin tsm and another strand of mediocre uk players are better than me.

Third of all, I'm probably one of the most active users and I literally practice 24/7 acting like hax is my first priority {after prayin, obviously} and watching replays isn't bad, what u tryna imply m8? Replays help you in 4s, 3s.
Tbh at the time I also felt sorry for the fukin maker of this thread aka stefan because no matter who it is there has to be someone that out of nowhere beefs and makes a shitstorm [tbh I'm making it worse] and get irrelevant to the topic.

BUT OH WAIT, I'm just a fukin pre-pubescent 11yo that grieves and goes through fukin depression everyday on premhax. Woohoo

@VENOM i7 wrote:Right, first of all I'm just sick and tired of premhax losing its taste. I both respect you as players but it's much better that you both make up because people don't have to fukin take sides
Second of all ya don't know jack about my hax ability and you're basically implyin tsm and another strand of mediocre uk players are better than me.

Third of all, I'm probably one of the most active users and I literally practice 24/7 acting like hax is my first priority {after prayin, obviously} and watching replays isn't bad, what u tryna imply m8? Replays help you in 4s, 3s.
Tbh at the time I also felt sorry for the fukin maker of this thread aka stefan because no matter who it is there has to be someone that out of nowhere beefs and makes a shitstorm [tbh I'm making it worse] and get irrelevant to the topic.

BUT OH WAIT, I'm just a fukin pre-pubescent 11yo that grieves and goes through fukin depression everyday on premhax. Woohoo

Message reputation : 25% (4 votes)
Love how you're all upvoting his post like he's the victim hhhhh
Completely ignoring the fact he called me a scumbag outta nowhere

anyways yeah I don't give a crap about your age so don't use it as an excuse.
If you talk crap, you're gonna get roasted.
You expect me to take that insult and walk on? Nah man foh

You practise 24/7? What...
So why is it you ain't a starter on your team yet? LOL
Don't mention my name again pls

PS. LmAO did I hurt your feelings so u had to go and neg me on FM? Hhhhhhh keep negggin, does nufin to me

you just provoked them u dumb cunt