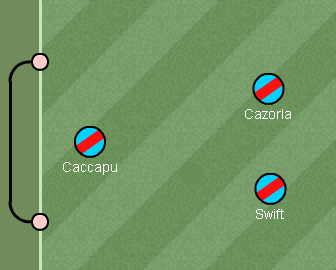 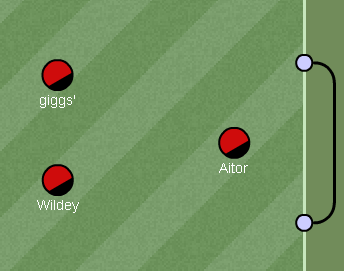 Head 2 Head
All 5 meetings including the play-offs
Last season, these 2 teams debuted in the league. The two new captains went to the PremierHax finals with their teams. There, Bromley FC came back from losing the first game, to win the next 3 in a row to clinch the PremierHax trophy. All the games were close but giggs' and Cazorla's strikes where just enough.

The teams top attacking players both are ironically the captains of these teams. This heats up the atmosphere even more, both strikers will want to prove who is better. However, both of them are up against two solid goalkeepers who go by the name of Caccapupu and Aitor. They were both top keepers last season, the italian played a massive role in the team, without him TeamSwift lost 5-2 to L8 Unseen for example. This season, both teams exchanged their strikers. Cazorla now plays for TeamSwift whilst Wildey represents the colours of Bromley FC.

It's very hard to predict where this is going to go but I reckon that TeamSwift have more options in attack with the likes of Jese and Beninho also willing to prove a point. Bromley FC have the Finland's best player A.Tuntija who I feel is the best striker in the team, giggs' will probably go for a UK partnership though as he played much more with Wildey in the past. Let's not forget that this is the first game of the season so one team or maybe even both teams may struggle to revive their form from last season. The winner of this game will definitely rub it into the losers face.

That's all folks! Let me know if you would like more of these singular match previews.