A man walks into a bar and says, "One beer please." The bartender pours him out a beer and the man says, "Let me show you something and if you're impressed, I get this drink on the house." The bartender thinks for a few seconds and agrees. The man then proceeds to pull out a small box from his waistcoat. In the box is a rat and piano. The man then snaps his fingers and the rat proceeds to play Beethoven's 9th perfectly. The bartender is astonished and as promised, lets him keep the drink without charge.

The man orders another beer and says, "Look, I have something even more amazing to show you. If you're amazed, I can drink here for free for the rest of the night." The bartender wonders what could be more amazing than a rat playing a piano and agrees. The man pulls out another box from his waistcoat and inside it is a bullfrog. He snaps his fingers again and the bullfrog sings Nessum Dorma perfectly with the rat playing the piano. The bartender cannot believe what he is seeing and hearing so he agrees to give the man free drinks for the rest of the night, as long as the duo keep performing.

A few hours later, a shady character walks into the bar and sees the bullfrog singing and approaches the man, "Is that yours?"

The man thinks for a minute and reluctantly agrees. The bartender is incredulous, "You could have sold that frog for millions, even billions, what the hell were you thinking?"

The man laughed and says, "The rat's a ventriloquist!"

A man's on holiday in Turkey and goes to visit a local market. He sees this beautiful opal coloured bull ornament and asks the merchant how much it is. "8 euro," was the response. The man is shocked at the low price and buys the bull. He stands the bull on the side of his bedside cabinet in his hotel and goes to sleep. He wakes up the next day to see that his beautifully coloured opal bull is now a horrible light brown colour. Outraged, he picks up the bull and marches over to the market stall and says, "I bought this bull from you. It was a beautiful opal colour when I bought it and now it's this brown colour. What's the deal?"

The merchant shrugged and said, "Is tan bull, not constant in opal."

@corn wrote:A man's on holiday in Turkey and goes to visit a local market. He sees this beautiful opal coloured bull ornament and asks the merchant how much it is. "8 euro," was the response. The man is shocked at the low price and buys the bull. He stands the bull on the side of his bedside cabinet in his hotel and goes to sleep. He wakes up the next day to see that his beautifully coloured opal bull is now a horrible light brown colour. Outraged, he picks up the bull and marches over to the market stall and says, "I bought this bull from you. It was a beautiful opal colour when I bought it and now it's this brown colour. What's the deal?"

The merchant shrugged and said, "Is tan bull, not constant in opal."

that one's so bad it's good

Message reputation : 100% (1 vote)
A man turns up in an unfamiliar town and one the first places he goes to explore is the local pub.
When he opens the door one of the first thinks he notices is a really tiny midget playing the piano, no more than a foot high. Astonished, the man asks the bartender what such an extraordinarily short fellow's doing in his pub.
Instead, the bartender shows the man a small lamp, "Give it a rub", he says, "A genie will awaken which can grant any wish that you desire."
Scarcely believing this, the man duly gives the lamp a rub, sure enough out pops the genie and the man says, "I wish for a million bucks!"
Suddenly there's an awful cacophony of quacking and flapping of feathers as a deluge of thousands upon thousands of ducks floods the tavern. After the commotion dies down the man turns to the bartender perplexed and says he thought the genie could grant him anything he wished for. "Ah well the think is he's a little hard of hearing"
"But didn't ask for a million ducks!"
"Ah yes, and I didn't ask for a twelve inch pianist!"

petition to close this thread:

Do you know of Mahatma Gandhi? I heard he walked everywhere barefoot, and because of this, often got callouses, making it pailful for him to walk. Also heard that due to the lack of food he consumed, he was skinny and frail and due to his bad diet, also had bad breath.

I suppose you could say that he's a super calloused fragile mystic hexed by halitosis.

Message reputation : 100% (1 vote)
A traveling salesman drove into a small town where a circus was playing. A sign read:
“Don’t Miss The Amazing Jew.”
The intrigued salesman bought a ticket and sat down. There, under the Big Top, in the center ring, was a table with three walnuts on it. Standing next to it was an old Jewish man wearing a name tag with the name, ‘Morty’ written on it.
After the applause died down, Morty dropped his pants, whipped out the biggest schlong any man could possibly have and smashed all the walnuts with three mighty swings!
The crowd erupted in applause and the old Jewish man was carried off on their shoulders to the tune of Hava Nagila.
Fifteen years later the salesman visited the same little town, found the same circus and saw the same sign now faded,
“Don’t Miss the Amazing Jew.”
He couldn’t believe the old guy was still alive much less still doing his act! He bought a ticket. Again, the center ring was illuminated. This time, however, instead of walnuts, three coconuts were placed on the table. There stood Morty before them.
The drum rolled, Morty dropped his pants and smashed the coconuts with three swings of his amazing member. The crowd went wild!
Flabbergasted, the salesman requested a meeting with Morty after the show.
“You’re incredible,” he told Morty, “but I have to know something. When I saw your act 15 years ago and you were using walnuts. Why the switch from walnuts to coconuts?”
“Vell, I tell ya sompin,”
said Morty,
“my eyes ain’t vat dey used to be!”

So it's mid June and a plane's flying over a desert when it suddenly runs out of fuel and crashes onto the sandy surface. Two men, Peter and John emerge from the wreckage, miraculously unharmed. After days of searching for food and water, they see a mosque in the distance. Peter turns round and says to John, "If we're entering that mosque, then we should both use Muslim names." John replies, "Do what you want but I'm not using a Muslim name."

They arrive at the mosque and there's a Muslim standing there, "Hello, hello, how are you? What are your names?"

Peter scrambles in his mind for the first Muslim name he can think of and says, "My name is Mohammed."

So the Muslim signals for some men to come over and says, "Take John into that room and give him food and water."

He then looks at Peter, runs up to him, gives him a hug and says, "Happy Ramadan Mohammed!"

A surgeon always visited the same bar after work at 5:30pm and always ordered the same drink each time - an almond daiquiri. In fact it got to the point where the bartender started making his drink at 5:25 so it would be ready for him when he arrived.

One day at 5:25, he goes to make the surgeons drink and he discovers that to his horror, he is all out of almond nuts. So he searches around the bar and sees a box of Hickory nuts and thinks to himself that the surgeon wouldn't notice the difference if he substituted almonds for these. So on schedule at 5:30, the surgeon walks in, sits down, engages in idle chit chat with the bartender and takes a sip of his drink. He puts the drink down and says, "Hey Doug, this tastes different. What's this drink?"

The bartender replies, "It's a Hickory Daiquiri, doc."

noj show us your new haircut

"Gord": OK IM HOLIDING
"Gord": wow massive
"Perkins": woahhh
"Gord": woah that size
"Gord": WOAHHHH
"Perkins": THAT SIZE YOUR VAGINA IS SO BIG
"Gord": THANKS BABE U CAN FIT UR HEAD IN IT ANYTIME U WANT

There are three girls sitting together at a bar talking about how loose they are.

A dark skinned woman called Betty walks into a butchers shop and asks the butcher for some beef. The butcher replies: 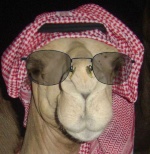 @corn wrote:A dark skinned woman called Betty walks into a butchers shop and asks the butcher for some beef. The butcher replies:

I never thought I would see the day when you made a racist post.

So there's this lawyer who was called Strange, who dies. His family are at the stonecutters to get a tombstone made for him. The stonemason asks the family what they want it to say on his tombstone to which they reply, "Here lies Strange, a lawyer and an honest man." The grief then becomes overwhelming so they ask if they can take a minute outside. Whilst they are outside, the stonemason thinks to himself that the message didn't make sense, so he changes it to, 'Here lies a lawyer and an honest man', that way if anyone walked by and saw it, they would think, "That's Strange!"

Message reputation : 100% (1 vote)
Arsene Wenger's walking through the desert on holiday in Egypt and he stops upon noticing a glint in the sand. He unearths a golden lamp upon which giving the obligatory rub a genie materialises before the Arsenal manager.
"Behold, for I am the ancient genie of the lamp; for releasing me from my slumber I shall grant you one wish, provided your request is wise and reasonable."
Arsene ponders for a moment and then says, "I want there to be a bridge connecting England and France over the Channel so I can drive easily to the homeland without having to suffer the ardour of the Tunnel."
The genie shakes his head and says, "Sorry, but that I'm afraid is simply not practical for my powers to realise, do you have anything else you wish to ask for." Arsene quickly replies,
"In that case I'd like you to transform one of my young strikers into a player who can consistently score 20 goals a season in the Premier League, his name is Yaya Sanogo."
"Alright alright, how many lanes do you want on your bridge?"

What did the skinny, frail comedian say at his latest gig?

What fun can a monk have?

yo mama so fat when i pictured her in my head, she broke my neck