Message reputation : 100% (7 votes)
Well, can be a fun thread to follow all premhax teams out in Europe, i know the hype isnt to big about 3v3 hcl, but all these international competetions are always fun imo.

All 4 premhax teams have to go through the qualification round cuz of the bad seeding points premhax have.

I also have a team with the C3 players from last season, on paper we are from the bosnian league but in heart we represent premhax

Also, if any team need host in this tournament, and your games doesnt collide with premhax, pm me and i can give you my german stadium, its a good neutral host ^^

Can't Score vs Leeds Force
Leeds is an Italian team from the midolina league. I dont know to much about this team, but it is far from the strongest Italian team. I think Galvan (Israeli) is their best player, rest is what i know not any special at all. I think Cant Score has a big chance of going through, CS is imo much better but you never know...


The Rains of Castamere vs DEJA
Deja was really unlucky, this polack team is probably by far the best team in the qualification rounds. I know they are dominating haxleague, they were also in 1/8 final in hcl (4v4) and semifinal i think in last 3v3 hcl. Deja will need to do something special to have a chance here!

I think this will be a really close game, SH is good enough without mad + ahmed to win this hands down. I predict an unlucky lose for SS though, but i hope they prove me wrong!


Magical Shots vs HK Stalingard
HKS is also very unlucky. MS (Polack team) is on paper better than Dejas opponents, but i still think Deja got a tougher game since MS players is more 4v4 players rather than 3v3 players, and the opposite for The rains... Ofcourse i dont have to much of an insight in the polack hax community etc but i can guarentee this game will be really tough. But we also know HKS is really good, some ogre + gado magic and this will be an easy win! =)

Ah, im bored and had nothing better to do. Goodluck in the games, hopefully we´ll have a premhax 3v3 hcl winner within 2-3 months...

How did you manage to get in as a Bosnian team?

The "polacks" are always insanely good 3v3. However are very susceptible to a good counter-attacking team, they have the philosophy "we're gonna score 5 more then you" imo. And tbf, they usually do.

@socrates wrote:How did you manage to get in as a Bosnian team?

A guy offered me his team since they were inactive anyways ^^
And yes i think the 21.30 games are streamed, if they manage to find a streamer

xOscar wrote:The "polacks" are always insanely good 3v3. However are very susceptible to a good counter-attacking team, they have the philosophy "we're gonna score 5 more then you" imo. And tbf, they usually do.

Yea they have very many very good teams.
And idk if 'polacks' is the correct term to use, i hope its not a negative word, maybe i should use 'poles' from now on

Nice we can watch oggi duppy some fools

think this may clash with our cup game, 3 wildcard pls

gl to the other teams

@socrates wrote:How did you manage to get in as a Bosnian team?

Magical Shots vs HK Stalingard will be streamed

@B4D 4SS wrote:wudnt it be nice if there was 4v4 teams from premhax in the hcl too

No, because we'd all be destroyed.

@B4D 4SS wrote:wudnt it be nice if there was 4v4 teams from premhax in the hcl too

No cuz the teams wouldnt have a chance to get few qualification.
And the players that are good enough obviously have other teams they play hcl with

A good start would be getting a premhax team through to groupstage or maybe playoffs in 3v3 hcl where the quality is much much lower. 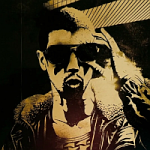 HK and DEJA are out, what's the survival status of the others?

and if a premhax team loses what happens? nothing. 0 loss, but potential reward, no point not doing it..

PremierHax is a 3v3 league. Would be great to see some of you guys in 4v4 CL but you have to qualify through a 4v4 league.

Message reputation : 100% (2 votes)
You should make a 4v4 team of premierhax players to enter in FM, B4D. I know some are already playing in Ajhax/Hot Shots but there's enough for another team.

If you picked the right players I think you'd have a good chance of being accepted.

Start small and get a team of 7/8 active players together to enter FM. If you can't find enough for one team there won't be enough for a UK league.

if there was an english 4v4 league it wudnt need 2 start as 100% english, just every english player who wants 2 enter guaranteed spot and then the empty spaces filled out by foreigners or sum system like that

i love you yawn

FM is a British 4v4 league.