I have a big interest in youth in English football and I follow many of our brightest talents. I think there is a lot of young English players coming through atm who are technically on par with spain's, france and Germany's. The premier league is so physical and this is why a lot of these youngsters are struggling to break through. Here ill show a few players who I think have the potential to be world class players. Haven't included obvious picks like Oxford, Alli ect, Those guys are already on their way but these are players who can be just as good, but are just hovering under the raidar atm. Tell me what you guys think of the players below and how far you think they can go with their clubs and in their career's.

Manchester City recently signed Patrick Roberts for 12m, he has spent half the season playing in their u19 and u21 squad but is now on loan at celtic. If there is or ever will be an English messi, it wuld be Patrick Roberts, he is the best kid we have with the ball at his feet and when he runs at defenders you cant help but wonder how he's English...but anyways here are some clips of him in action..


A goal he scored this season for against Juventes in the uefa youth league.

He is my favourite player, which is weird because he's not exactly a big name in football but I have been following his progress since he was 16 and, as a Chelsea fan, I just find him a lot more interesting and exciting then most Chelsea players. He is someone who I'm confident will break into the first team and play for Chelsea and England for many years. He's a real beast in midfield and is certainly one to watch now that Chelsea are out of all major competitions, he is expected to be given a run in the first team now until the end of the season.


First senior goal for Chelsea in the FA Cup

His indivisual highlights from his most recent match against MK Dons


Dominic Solanke
This Kid scored 44 goals in 45 games for club and country last season and was the top scorer in the UEFA youth league. He is currently on loan at Vitesse in the erdevisse where he has made 20 appearances, scoring 5 goals, and he only turned 18 in September! 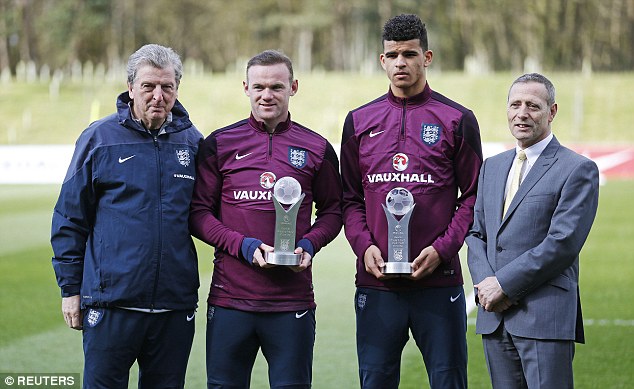 Another Chelsea Player....but another exceptional talent. Lewis was Chelsea's young player of the year for the 2013-14 season, he also picked up the goal of the season award. Hes got everything, hes two footed, scores goals from midfield, fantastic range of passing, free kicks, corners....only weakness is perhaps his physicality which is a big must for midfielders if they want to play in the premier league, but hes still young and in a couple years will be physical enough.

His goal of the season against Arsenal

Adam Armstrong can be a decent Premier League striker; if Newcastle get relegated I reckon he'll tear up the Championship. I also really like Patrick Bamford.

Ye I remember how newcastle getting relegated helped Andy carrol develop, and I think should newcastle go down Adam can pin down a first team spot. Also like bamford too but I can't see him ever getting into the chelsea team, simply because we have traore and solanke.

lewis cook will probably be playing for a mid/lower table prem club in a few years.