@Yawn wrote:But the most underrated player got to be Herna by far. He is literally carrying TuT in FM

How much did he pay you to say that?

and why are ppl discussing things that happened way in the past?, people improve the more they play. Almost everyone who kept playing is lot better now than they were a year ago, but the opponents also improve so it may not be very visible to all.

it doesn't matter if you got juked the first time that you played haxball or if you have won 50 championships, it is irrelevant to how good you are today for the season 3 rankings...

i find it inane to make up numbers| trying to convince people who is better/worse than who. peoples opinions will always be loosely based and influenced by silly emotions, the senseless act is just mean, but still entertaining to some.

haxball is very different from soccer ball and other sports, but people still get influneced in the way they think and how they compare concepts. haxball is very limited and individuals can not be judged to the same extent. 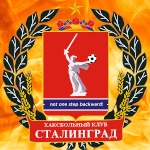 Message reputation : 0% (2 votes)
Maybe it should be anonymously to prevent abuse. Its leads to nothing. Everyone will stay at their opinion anyway.And this whole thing is very relative. But no matter, i can be removed from that list if its insulting someone.

Why do y'all have to bitch about it, if you are really upset why dont u prove em wrong the right way and destroy them in the league.

Venom, I like you but pls dont take the piss

Nero, I agree with what you have said, but no matter how many years go by, no matter how much one improves. A comparison between players can and will always be made.
Why?
It is due to the simple fact that we are judgmental.
When we play with someone, we use ourselves as a base and link his/her name to that judgment of whether they are better than us or not.

Let it be a senseless and pointless act to judge players, but all I want to know is if Ren and I were on the spectators section and you had to pick one of us to play for the 3v3 HCL final with 2 minutes left and you 're 1-0 down, who you would pick.

That's judging you say?
Don't be silly, it's just picking the more likely option for victory.

cmpunk wrote:pruv it in de leeg

I intend to.
I shall expose ren's façade of appearing prominent in haxball, and let all see the truth to his success which is:
>Play with better players
>By being the worst on the team you don't have to do much
>Get carried more than a carrier bag full of groceries.
>win miraculously, omgg so not predictedd!!!
>boast and give tips to other players
You are now a fully evolved lvl99 Renebeaudick

Message reputation : 100% (1 vote)
oh shit i 4got sry doc i swr rens possesin me or someth

Doc are u going after team uk one by one
Im sure u tried to attack mlf season 1 and he shut u up and now y after ren, who btw uses big words so i need a dictionary to understand. 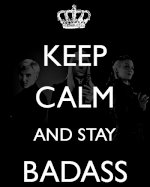 funny thread, but to give accurate ratings u would have to watch 1 or 2 of a players replay POV's, played with them or known them for a while, so i wont bother doing it. doc prove ren wrong in match tonight

Message reputation : 0% (4 votes)
Idno maybe no-one good wants to play with you because you're no a very good player, have you considered that Doc?

As for your other diatribe I find it hardly worth considering since you unironically mentioned Courtois in it, what a joke.

5 yrs on cunts still arguing about a number

Message reputation : 50% (2 votes)
Hey, let's return to hax 5years later and crack up about how we got pissed over ratings and have a good crack up about it! Ren probably had more than 10 years to do that, but you know.

@Rénbeaudach wrote:Idno maybe no-one good wants to play with you because you're not a very good player, have you considered that Doc?

As for your other diatribe I find it hardly worth considering since you unironically mentioned Courtois in it, what a joke.

Courtois was used as an example, nothing more.
Even if "no-one good" wants to play beside me, it is irrelevant to the point. The point being, in a head-on comparison of skill, I am better than you.
You rated me a 70 and gave yourself a 75, which means you outclass me to a visible degree.
You do not.

If we were to play in the same room, the result of who is better would become all to clear, but I intend to do that when our respective teams come face-to-face. The chance to ruin your stats, and prove my point.
That's what they call, "killing 2 birds with one stone" is it not?
heh

Message reputation : 100% (1 vote)
some of these ratings are stupid af but some of them are actually decent lol

Tanzim wrote:5 yrs on cunts still arguing about a number

Tanzim wrote:5 yrs on cunts still arguing about a number

Message reputation : 50% (2 votes)
Lee seems like a nice guy but Aguero is way too overrated, he is not the best decision maker and has a long way as a gk