Overview
If I am not mistaken these two teams have more or less retained their respective SSN1 teams, in which they were tied on 22 points each, with Channel3 edging that third place finish, behind runner's up Can't Score.

First off, Socceretes. A team lead by the veteran player Socrates, who's defensive ability makes it virtually impossible for strikers to take him head on. Often conceding goals due to the sudden OG attempts from his teammates rather than the opposition. With him carrying the defence alone, it allows the 2 outfielders to go further in the attack and disrupt the opponents formation. A tactic which has worked so far and they have used time and time again. I'm calling them to, in a sense, "wait till the storm has passed".
Whattt bloody hell man do I meanings??? Well, I'm expecting them to attack a fair amount, but their primary objective will be defending as they observe the attackers for a weakness, a slight chink in their armor which they can exploit. Of course, timing will be everything.

Channel3. Captained by the swede Yawn.
Another team who's defence is arguably the best in the league. With the famed Arctic goalkeeping for them, who in his prime had condoms labelled after him, and the newly signed TeamUK player Lee playing outfield, we can pretty much expect a game of "Clear The Ball"... ye I said it.
It's what usually happens when two really defensive sides collide.
The possibility of a counterattack by Channel3 is quite high due to Yawn's ability (or luck) to just be in the right place at the right time. With the flexible Stringerbell who can play all positions coming on depending on the situation, Channel3 does indeed have a a broader variety of options in attack and defence. I do expect this team to be attacking moreso than Soccerettes because they have QEZO.

Ye ye ik he's in a diff team np. Quick sub bang bang.
No but seriously, due to the fact that they have, shall we say, "more experience in attacking" for the sake of this preview.

Both teams have a really defensive style of play, and it really will come down to the strikers for both teams.
Well wud you look at that.. a game in which Mc Smiley actually matters. (com @ me)
However, Arctic has only recently returned to competitive hax, so his game-reading ability and reflexes may be dull, which might just give Soccerettes that edge.
It is safe to assume the first team to score will most surely win, given the nature of the teams.

A sensible score given all the facts. With everything being said, I really do not see Channel3 breaking the defence of Soccerettes..... not without inside help ofc

ty 4 ur complients doc, btw QEZO plays for neither team u mongrel

@The Doctor wrote:With the famed Arctic goalkeeping for them, who in his prime had condoms labelled after hims

that's not me that's jonnyynnoj 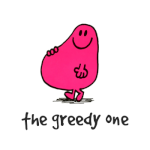 @The Doctor wrote:
Whattt bloody hell man do I meanings???

i will make sure we give EVERYTHING we have during these 10 minutes against Soccerettes. We will show the haters that predicted us to come 7th (ERM SUGAR FAG) that we are good enough to be top6.

and btw we will do it for the queen, Ikea and the oil shejks in norway