Oggi and wastemen out, Ren-Mlf-Smiler-Carl, In

The tournament starts and there are high hopes for Team UK, Ren is suited and booted on the touchline. The likes of Jai, mlf, Mad and aeRo are centre stage but they are lacking energy and are surprisingly slow, we are 2-0 down and despite the bad performance there are no changes and team UK go on to lose 5-0. The second match is no different, this time a chorus of boos coming from the fans as once again their stars aren't performing.

The oldies have gone out there and given it their all only to get beat in the first two group games. Team UK are out and the fans are fuming.

Jai and Mad are seen having a laugh after the game

mlfaijati claimed he was playing through injury

aeRo swearing into the cameras after the matchch 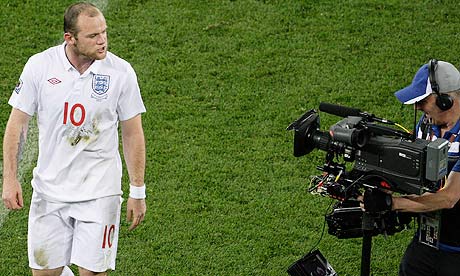 It was a disaster.

But in the final game and nothing to play for, ren gives some of his young stars a chance to shine, the likes of doc, gred, dolan, Splash and ofc Sugar Ray. And these young stars go out there and show a passion and desire the oldies just dont have anymore. Poland just dont have an answer to these young stars, gred and Sugar's pace down the wings and Doctor's strength upfront too much for the opposition, dolan a spectator for most of the match.

Sugar Ray runs with the ball


The game finishes 2-0 to Team UK and the fans are on their feet for these young superstars, but despite this impressive performance Team UK are ofc, still out after their poor start.