Below is some significant information regarding the upcoming 9th season of PremierHax.

Unfortunately we weren't left with much choice over the new captains as we had so many teams to replace, but we are hopeful that PH will start to pick up this season as we near the end of the summer, and next season we will see a much more active league.

Season 9 sees the return of waivers, which will be in effect every time a team signs someone from the free agency (after match day 5).

We are also bringing back the cup competition this season which will run alongside the league, these fixtures will be played on the same day as selected league fixtures, but will be scheduled for 8:30 (unless you wildcard). The cup needs a name, get suggesting fkrs.

Each team will have 5 wildcards.

I now wish you the best of luck for the upcoming season and I hope it will be a good one! 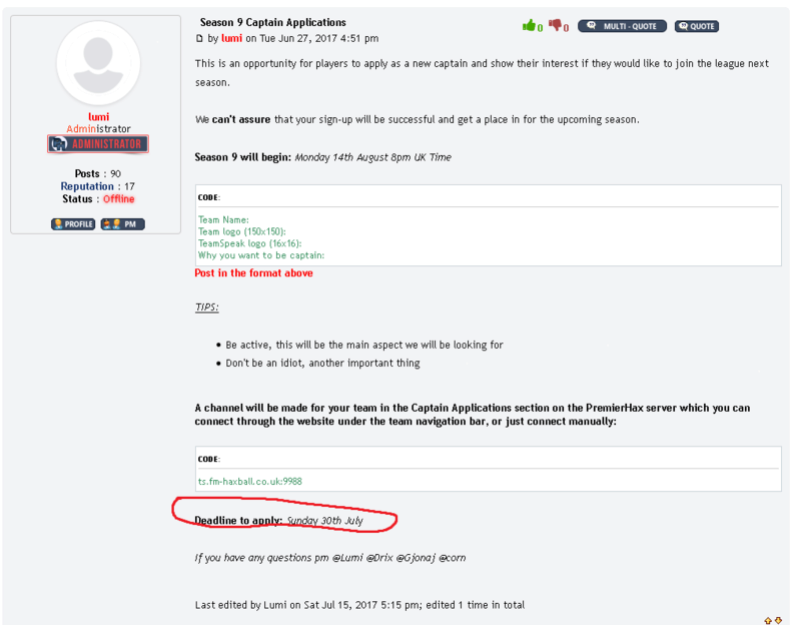 yeah man I wanted to apply

@Gjonaj wrote:Not like any of u wuda got picked so get outa my pub

over these dead captains LOLOL