What format would you like the auction-draft cup to be played on?

While we wait for the new season to tick over and the new captains to be chosen, I'd like to at some point next week to organise a tournament based on an idea that some of the boys over at RedCafe (hi Twigg) had been using for a while.

Basically, I'd need 8 or so people to sign up as captains, and the rest of the players would be selected in turn, but instead of automatically going to the team that picks them, they'd make the opening bid in an auction, where each captain would start with a set amount of points to 'buy' their players. Like with most funcups, this would all be done within the space of a day and you'd get a shiny TS-icon for winning for those who worry about these sorts of things.

I'll put a poll up for what map you'd prefer to play this on, if you're interested now would be a good time to just leave a reply to see if there's enough interest.

In for the North
Lets do big ez for a change

I am in for captain

ogre says he's in for captain cba logging in 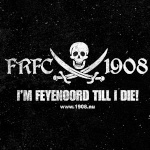 I'll be hosting this on Monday with draft starting at 6, be there or be square!

Just a reminder this is still going ahead, don't forget to join the ts to take part!

rigged i tell you